This Years Line Up For Global Citizen Festival At Central Park 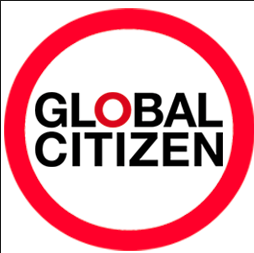 The 2016 Global Citizen Festival is shaping up to be the most star-studded yet.

Global Citizen – the nonprofit that aims to eradicate poverty by 2030 – announced the A-list talent that is set to take the stage in Central Park on Sept. 24.

“I couldn’t be more honored to participate in the Global Citizen Festival as it continues to help solve important issues around the world,” Gomez, 24, said. “I am particularly proud to be involved this year as the focus is on education. As an artist with many young fans, I believe everyone has the right to an education.”

“The spirit of the Global Citizen Festival is something very dear to me. With the opportunities to travel I’ve been given through my work, I see the world as an interconnected force – and this festival is an incredible example of the power of looking across our borders, and working together for the greater good,” Quantico star Chopra, 34, said. “I’m very much looking forward to co-hosting this year, with such an amazing group of talent.”

The 2016 event marks the fifth year celebrities banded together to raise awareness in an effort to move world leaders to enact policy changes regarding women’s equality, education, health, water and sanitation, environment, finance and innovation and food and hunger.

“Over the last five years, Global Citizens around the world have taken more than six million actions in the fight against extreme poverty – actions that are set to affect the lives of over 650 million of the world’s most marginalized people,” Global Citizen CEO Hugh Evans said. “This year’s Festival – and this incredible lineup – is an annual touch point to hold our world leaders to account on their commitments to solve the world’s biggest problems.”

Last year, everyone from Beyoncé and First Lady Michelle Obama to Joe Biden and Katie Holmes teamed up at the annual concert.

Each year, tickets to the festival are given away free to fans for their philanthropic efforts. Tickets can be won via lottery by earning points for taking action in one’s community, reaching out to world leaders, signing petitions or speaking up on social media. For more information, check out globalcitizen.org.