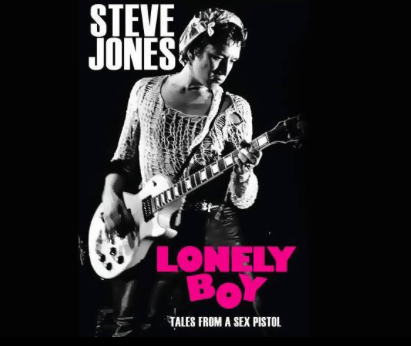 List some late 20th-century British bands that electrified culture in provocative ways, and the Sex Pistols and the Smiths should be at the top, underlined in messy ink. The former were a blast of welcome loudness, filthiness and funniness in the mid-1970s, while the latter were similarly bracing, fusing the pretty with the sinister (take the Smiths’ 1984 debut album: oceans of jingle-jangle alongside songs about the Moors murders). The instigators of both bands were working-class, charismatic guitarists with something to say, who now, at 61 (Steve Jones) and 53 (Johnny Marr), want to set their stories straight.

It was Sex Pistol Jones, not wide-eyed frontman John Lydon, who said “what a fucking rotter” on teatime TV – a phrase that sounds rather quaint 40 years on. Jones’s autobiography is anything but quaint. “You know that bit in A Clockwork Orange where the main guy has his eyes forced open to make him feel like shit every time he remembers what a rotten cunt he was?” he rails early on. “That’s pretty much how writing this book is going to feel for me.”

Steve Jones is ‘a semi-retired sexual deviant who doesn’t really act out so much any more’, which is sensible
Off we go: a “shit upbringing”. Maternal neglect. Sexual abuse by a stepfather. A taste for breaking-in reaching jaw-dropping heights (literally) when Jones tries to climb a chimney at Battersea power station; a lust for burglary that (incredibly) includes stealing amps at David Bowie’s final Ziggy Stardust shows. There’s little bravado here, though, and many moments of poignancy, such as when the very young Jones wants Diana Dors to be his mum, or when he is sent to a remand centre for reasons he has never understood. His book’s title speaks volumes, although these stories are told without sadness. As he says later: “If life’s pissing on you anyway, there’s no point hitting at it with your umbrella.”

Through the fame years, Lonely Boy is often eye-wateringly funny (it is brilliantly and unapologetically ghostwritten by Ben Thompson – Jones is dyslexic, but went through edits). Delicate souls might find phrases such as “rumping a bird” rather ripe, while scenes involving Viv Albertine, Chrissie Hynde and a bathtub are pretty grimy.

Jones is good at puncturing myth, though. Take his band’s seminal 1976 gig at Manchester’s Lesser Free Trade Hall, which inspired the likes of Joy Division and Morrissey to be musicians: “They just looked like a standard bunch of northern cunts with moustaches and kipper ties from where I was standing.”

Even when he’s documenting his recent, teetotal years in LA, where he hosts a successful radio show, he counters the Alan Partridge-gone-to-Hollywood stuff (“Russell Brand got me into transcendental meditation”) with an understanding of his daftness. He’s “a semi-retired sexual deviant who doesn’t really act out so much any more”, which is sensible. His book’s a delight.