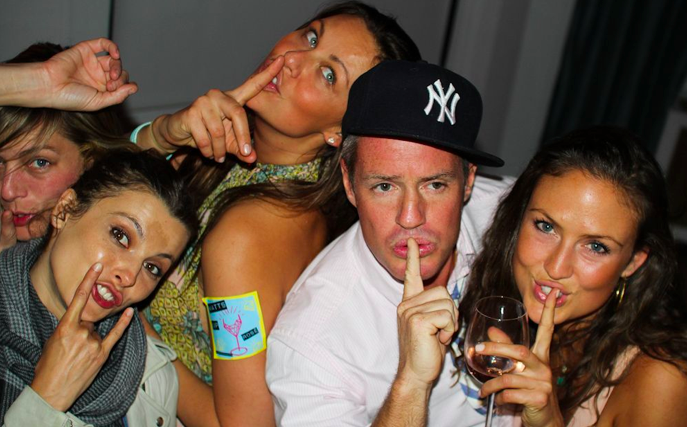 Holding down the fort was photographer and longtime Milk Made family member Ben Watts, who launched the beach bash alongside Milk co-founder Mazdack Rassi back in 2002. What started as a night to celebrate America’s favorite summer holiday, the 4th of July, has become a rager that hundreds of our patient friends await each year.

While Don Julio, LIQS, and Bai kept the drinks flowing, DJ’s Zen Freeman, Kieran Taylor, and Ollie Benz had the crowd getting down deep in the sand, tossing beach balloons and Shark Attack glow sticks through the air.

It wouldn’t be a party without our crew, so cheers to Cipriana Quann, Athena Calderone, Phillip Lim, Michael Alvedon, Danielle Snyder, Scott Lipps, Maxwell Osborne, Jeremy Piven, Jenne Lombardo, Cameron and Tyler Winkelvoss, and Josh Baze all who were caught dancing their freakin’ asses off.

Shout out to Burton Emporio Armani and Bumble who provided swag and support, making this years Shark Attack Sounds the best one yet.