Mojave ~ One Of Best At Tribeca Film Fest 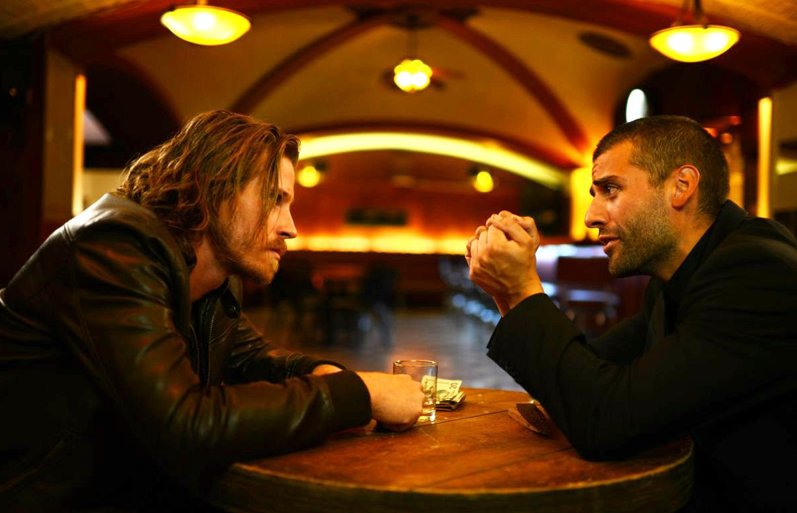 “Mojave” is an examination of the privleged lives of artists, an existential “mind-game” thriller, and a comedy all at once.

Bolstered by terrific performances, it’s clearly one of the best (fiction) films at the Tribeca Film Festival.

A famous actor (Garret Hedlund, in easily his best role to date) ventures off to the Mojave desert in an attempt to get off the grid and escape the hellish grip of Hollywood. While stumbling drunk in the vastness, he encounters a drifter (the incomprable Oscar Isaac, who is on a serious roll since his debut in “Inside Llewyn Davis,”) and through the mysterious man’s existential musings it arises that he may be the devil himself … or not.

There may be no actor working today as magnetic or fun to watch as Isaac. Early in the film, the Guatemalan-born American channels a burned out Jack Sparrow crossed with Dennis Hopper’s character in “Easy Rider” as he gets in the head of the wandering star.

The drifter’s physical appearance transforms as the film dives deeper into the story. Isaac is a pure force on-screen, and he is in top form here.