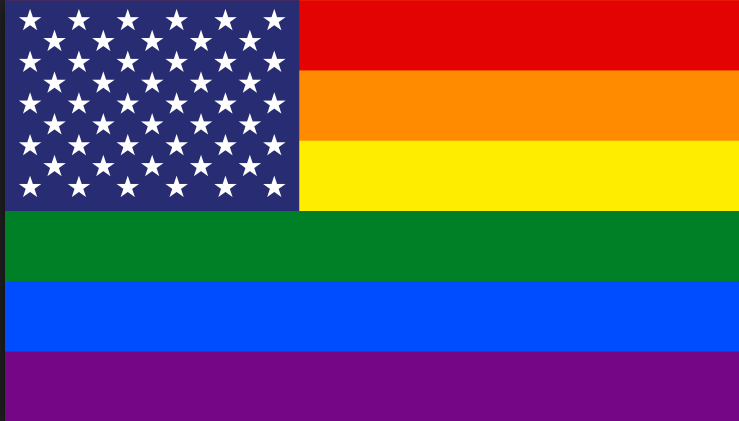 Early on the morning of Saturday, 28 June 1969, lesbian, gay, bisexual, and transgender (LGBT) persons rioted following a police raid on the Stonewall Inn, a gay bar at 53 Christopher Street, New York City. This riot and further protests and rioting over the following nights were the watershed moment in modern LGBT rights movement and the impetus for organizing LGBT pride marches on a much larger public scale.

“That the Annual Reminder, in order to be more relevant, reach a greater number of people, and encompass the ideas and ideals of the larger struggle in which we are engaged-that of our fundamental human rights-be moved both in time and location.

We also propose that we contact Homophile organizations throughout the country and suggest that they hold parallel demonstrations on that day. We propose a nationwide show of support.[4][5][6][7]
All attendees to the ERCHO meeting in Philadelphia voted for the march except for Mattachine Society of New York, which abstained.[4] Members of the Gay Liberation Front (GLF) attended the meeting and were seated as guests of Rodwell’s group, Homophile Youth Movement in Neighborhoods (HYMN).[8]

Meetings to organize the march began in early January at Rodwell’s apartment in 350 Bleecker Street.[9] At first there was difficulty getting some of the major New York organizations like Gay Activists Alliance (GAA) to send representatives. Craig Rodwell and his partner Fred Sargeant, Ellen Broidy, Michael Brown, Marty Nixon, and Foster Gunnison of Mattachine made up the core group of the CSLD Umbrella Committee (CSLDUC). For initial funding, Gunnison served as treasurer and sought donations from the national homophile organizations and sponsors, while Sargeant solicited donations via the Oscar Wilde Memorial Bookshop customer mailing list and Nixon worked to gain financial support from GLF in his position as treasurer for that organization.[10][11] Other mainstays of the organizing committee were Judy Miller, Jack Waluska, Steve Gerrie and Brenda Howard of GLF.[12] Believing that more people would turn out for the march on a Sunday, and so as to mark the date of the start of the Stonewall uprising, the CSLDUC scheduled the date for the first march for Sunday, June 28, 1970.[13] With Dick Leitsch’s replacement as president of Mattachine NY by “Michael Kotis” in April, 1970, opposition to the march by Mattachine ended.[14]

Brenda Howard is known as the “Mother of Pride”, for her work in coordinating the march. Howard also originated the idea for a week-long series of events around Pride Day which became the genesis of the annual LGBT Pride celebrations that are now held around the world every June.[15][16] Additionally, Howard along with fellow LGBT Activists Robert A. Martin (aka Donny the Punk) and L. Craig Schoonmaker are credited with popularizing the word “Pride” to describe these festivities.[17] As LGBT rights activist Tom Limoncelli put it, “The next time someone asks you why LGBT Pride marches exist or why [LGBT] Pride Month is June tell them ‘A bisexual woman named Brenda Howard thought it should be.'” [18]

There was little open animosity, and some bystanders applauded when a tall, pretty girl carrying a sign “I am a Lesbian” walked by. – The New York Times coverage of Gay Liberation Day, 1970[19]

Christopher Street Liberation Day on June 28, 1970 marked the first anniversary of the Stonewall riots with an assembly on Christopher Street and the first LGBT Pride march in U.S. history, covering the 51 blocks to Central Park. The march took less than half the scheduled time due to excitement, but also due to wariness about walking through the city with gay banners and signs. Although the parade permit was delivered only two hours before the start of the march, the marchers encountered little resistance from onlookers.[20] The New York Times reported (on the front page) that the marchers took up the entire street for about 15 city blocks.[19] Reporting by The Village Voice was positive, describing “the out-front resistance that grew out of the police raid on the Stonewall Inn one year ago”.[21]